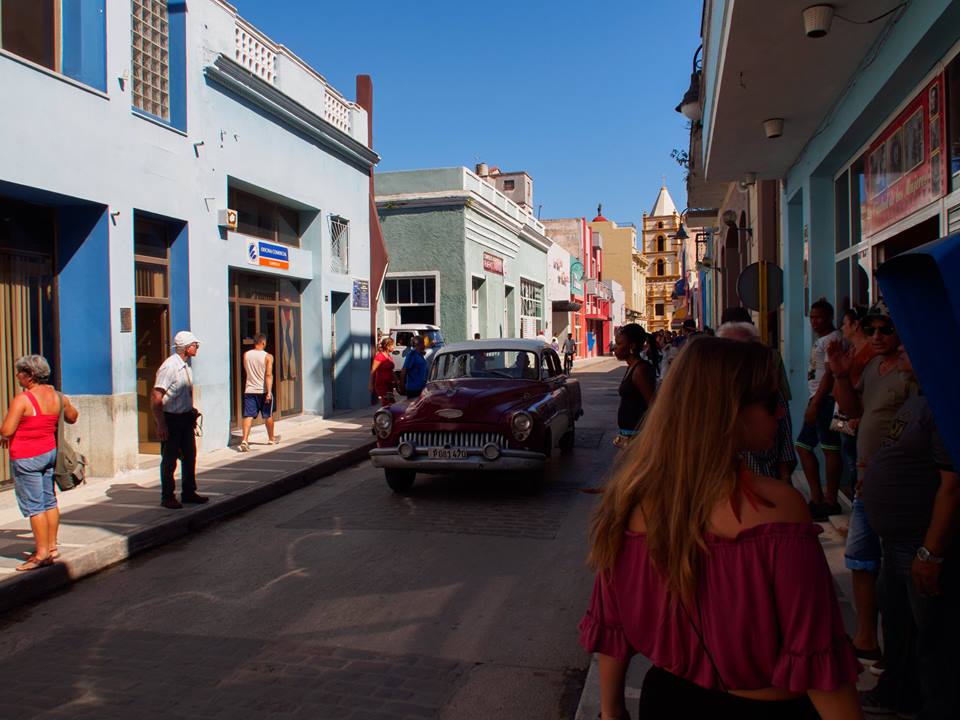 This is one of those places on earth that one you’ve been, you’re so moved that a piece of you remains behind.

The music, the people, the terrain, the Internet (I’m Australian), the climate and of course their food!

I spent a good two and a half weeks in this beautiful island country and I cannot recommend it higher.

Firstly we’re talking about purchases so I need to clarify the currency disparity. Due to trade sanctions Cuba has two currencies. One is the CUC (Cuban Convertible Peso) that was a replacement for the American dollar and the other is CUP (Cuban Peso). Most people use both throughout the country but the local Peso is more regularly accepted.

Firstly I think it’s best I give a little background to the country and why their food blended with their culture is so unique.

Cuba was originally an island populated by three main indigenous tribes of whose descendants still inhabit the island.

The islands like many others in the Caribbean were transformed into plantations, mainly for sugar cane.

This is still a major source of economic growth in the country and slaves that were sent to labour the plantations also contribute to the population of descendants.

After Spanish colonial rule, the country was engaged in a treaty that declared Cuba as part of the US’ protectorate between 1898 and 1902 when the country became independent. (yes I wore a fedora, I accept your judgement)

In 1952 Bautista, a previous president staged a coup when he lost re-election and overthrew the country. His coup was funded and supported by the US, a trend that can be seen throughout Latin America. Cuba at the time was a safe haven for America’s gangsters with the majority of funding provided by and for the rich elite and the criminals.

In 1958 a revolution led by infamous Fidel and his brother Raul Castro ensued leading the country to become independent and form its current socialist democracy.

During it’s time as a communist entity during the cold war years led to Cuba being a perceived threat of the USA and the subsequent actions that led to long-standing sanctions against its trade.

For this reason, the money the country does have is funnelled back into the support of its people with education, healthcare, employment and this is one of the reasons behind it’s lacking in infrastructure and run down appearance. This is also contributed to the many hurricanes it faces throughout the year.

What this does mean is they subsidise a lot of things.

Thanks to the Bautista years of capitalism, Castro set up a chain of state-run subsidised ice cream parlours around the country with a home base in Havana called Coppelia. However on the street, as you, as it gets hot enough any day of the year you’ll find state-run ice cream vendors pop up all over the towns with subsidised ice cream.

I paid for this chocolate heaven (half is already missing) for only 1 CUC (Cuban Convertible Peso), which equals out to today’s rate of $1.40 AUD.

Creamy but not sickening made with real sugar cane sugar right off the island.

Ice cream in Cuba is a bit of a big deal, make sure you indulge in the Heladerias.

Ok, these seem to be the locals favourite and they are EVERYWHERE!

Most places you’re going to get these are holes in the wall. Literally. It’ll be from either a small shop window or the window to someone’s kitchen.

They come in cheese, meat lovers style, supreme and Hawaiian. Personally n9ot a fan of pineapples on pizza but the Cuban people definitely know how to do it right.

Another favourite among locals and tourists alike are the gelatos sold in coconut shells. They’re a great mix between sweet ice and gelato. They come in so many different flavours and the mobile store you buy them at always seems to have new flavours.

Every one of them that I bought was homemade with natural ingredients.

Definitely, need to have these when walking around town in the heat but maybe byo a spoon to save having to use the plastic one.

This one I see a lot of in other posts but in my time I only came across it a few times and only when there were a lot of people around, particularly street festivals or hot evenings.

They come to around $1.50 AUD and are unbelievable. 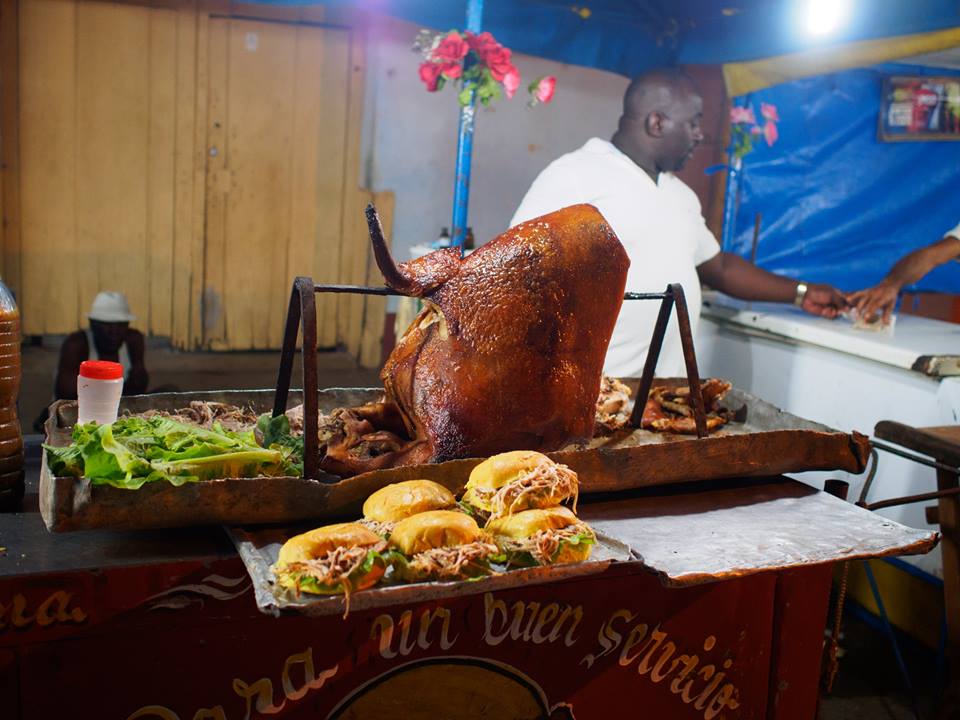 You have the option of adding pineapple or onions to them but with the chilli, they are perfection on a bun.

This one is self-explanatory. You buy it at the food stall around the city. They are one peso. They are freshly roasted beans. Just buy them!

According to the Observatory of Economic Complexity (https://atlas.media.mit.edu/en/profile/country/cub/) $387 million of Cuba’s $1.4 Billion exports was raw sugar. Knowing this and the fact that Havana Club is a national drink then Rum is the way to go!

Light, Dark and old there are many types of rum to moisten your palate with.

Whether you’re having a roadside mojito on the way to Ayala cave club or just having a break from walking the sea wall, rum is your friend. Drink Responsibly!

All in all when you travel to Cuba (I say when because the beauty is irresistible) you cannot shy away from the street food.

Most things will cost you less than $2 AUD per item and the flavour is never disappointing.

Each morsel has a history behind it that stretches before communism and sometimes even before the Spanish era which only adds to it’s wholesome and rounded flavours.

Do you think I missed any?

Be sure to comment with any ideas or experiences of your own.